Round 10 CYFLU: Teams of "Kolos" Academy defeated opponents with a total score of 22:0! 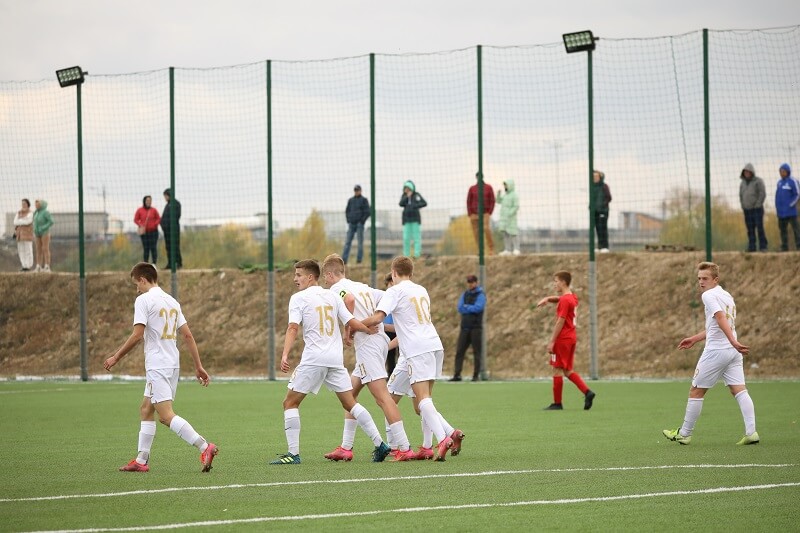 Four teams of "Kolos" Academy brightly played their matches of the 10th round of the Premier League of the Children's and Youth Football League of Ukraine (CYFLU). All our teams beat the youth of the capital "Podil" with a total score of 22:0! It will be recalled that in the starting round of this season, the "Kolos" team defeated "Podil" team 37:1!

Our team "Kolos" U-17 defeated at home "Podil" U-17 with the result 8:0. Yaroslav Levshin scored a double, and Rodion Doronin scored a hat-trick. Oleksandr Hryhoriev, Yaroslav Kolesnyk and Valentyn Maksymenko scored one goal each.

And "Kolos" U-16 played away and defeated opponents 4-0. The top scorer of the championship, Demian Yesin, confirmed his class with a double. Nikita Zehriuk and Oleksii Bezruchuk also scored.

"Kolos" U-15 played at our base in Sofiivska Borshchahivka and beat "Podil" U-15 4:0 - our goals were scored by Nikita Sukhomlyn, Oleksandr Haiduk, Nazar Kobernyk and Danyil Sydorenko.

Our youngest team "Kolos" U-14 defeated "Podil" 6:0 away (we will remind that in a match of the first round there was a record of efficiency - Kovalivka's team crushed defense of "Podil" - 18:0!). In yesterday's match Maksym Boychenko and Yaroslav Korbut excelled, and forward Nazar Urban won poker! Well done, guys!