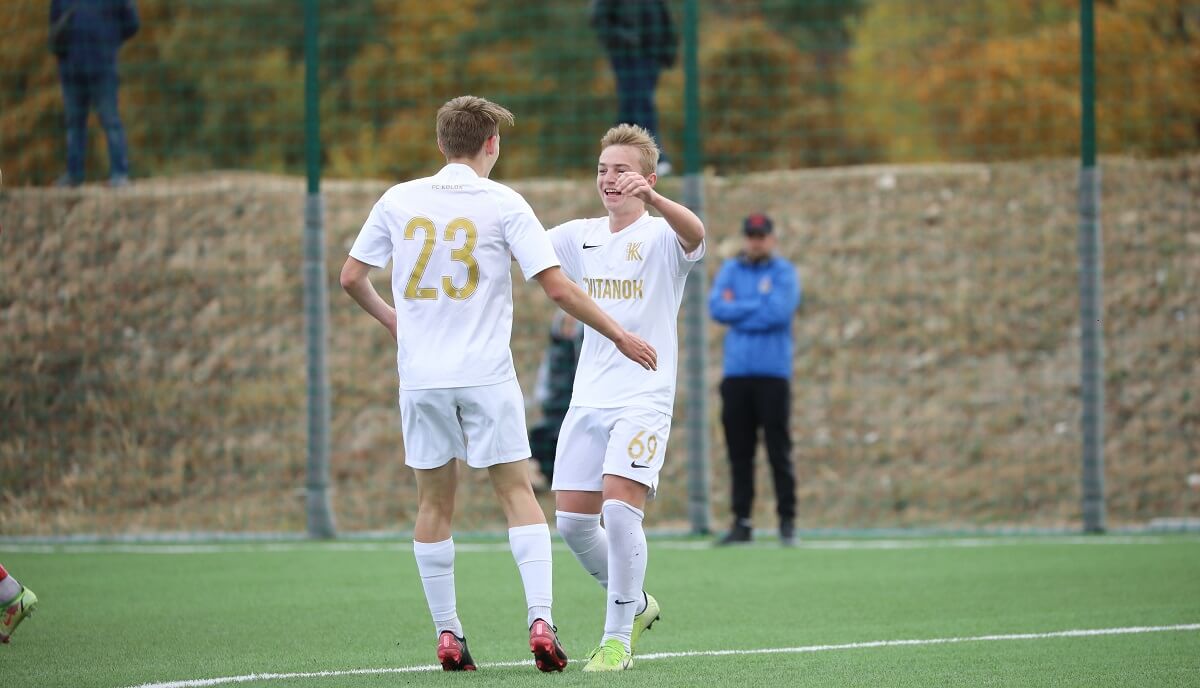 Four teams of "Kolos" Academy played their matches in the CYFLU Premier League.  In the 8th round, our young players won three victories and one draw.

Our youngest team "Kolos" U-14 continues to collect victories in the championship.  This time Oleh Davydenko's youth team beat "Dinaz" 4-0 at home thanks to goals from Nazar Urban, Maksym Boychenko, Ivan Katruk and Ivan Potienko.  This was the eighth consecutive victory of "Kolos" U-14, and the usual first step in the standings.

"Kolos" U-15 drew 0-0 away and parted ways with their peers from "Dinaz".  Kovalivka's  U-15  currently have ten points and seventh place in the standings.

"Kolos" U-16 defeated "Dinaz" 3:1 at home thanks to goals from Dmytro Fesan, Daniil Denisenko and Markiyan Petryshyn (the rare case when the top scorer of the championship Demyan Yesin did not score).  Kovalivka's team continues to lead in the standings, having already scored 24 points - a one hundred percent result of the young Oleksandr Demchuk!

Finally, the oldest team "Kolos" U-17 won away "Dinaz" 2:1, and ours scored Yehor Kartsev and Valentyn Krivenko.  After the eighth round, Kovalivka's young men are in the top three of the championship, scoring 15 points.