Football in Ukraine is destined to be! 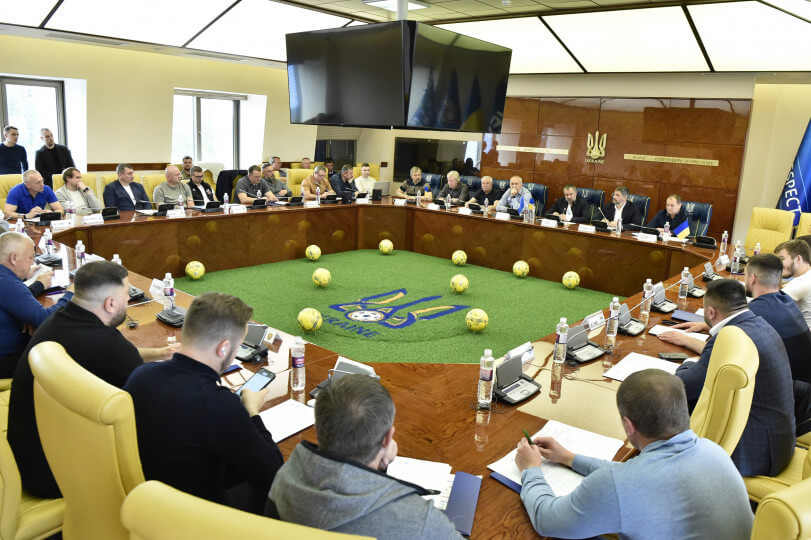 The General Meeting of the Ukrainian Premier League took place on May 27 at the House of Footbal.

The main topic on the agenda was the prospect of continuing the Championship of Ukraine, discussing possible venues and dates, as well as the format of the tournament for next season.

There was a constructive discussion, but all the clubs unanimously agreed on the main issue: Football in Ukraine is destined to be!

The final decision on the format of the Championship, the country and the game calendar will be made based on the work of relevant working groups and consultations with the authorities of Ukraine and military administrations.

The same conclusion was reached in the discussion of further prospects of the Youth Team Championship.

Also on the agenda was the question of the inability of the teams "Desna" and "Mariupol" to participate in the next draw of the Championship of Ukraine due to the destroyed infrastructure and the difficult military situation in their cities. It was decided to assign these teams places in the Ukrainian Premier League. All participants of the meeting unanimously supported this initiative.

Based on the difficult situation in the country due to the military aggression of the Russian Federation, a temporary special regulation will be developed and adopted for the 2022/23 season, which will provide conditions for competitions in the current situation.

The issue of the UPL media rights tender was also raised during the meeting.

The leadership of the League reported to the clubs that negotiations on the purchase of rights to broadcast the Championship are ongoing, potential partners continue to express interest and are open to fruitful cooperation on favorable financial terms. More detailed negotiations will continue after the approval of the venue and format of the Championship.