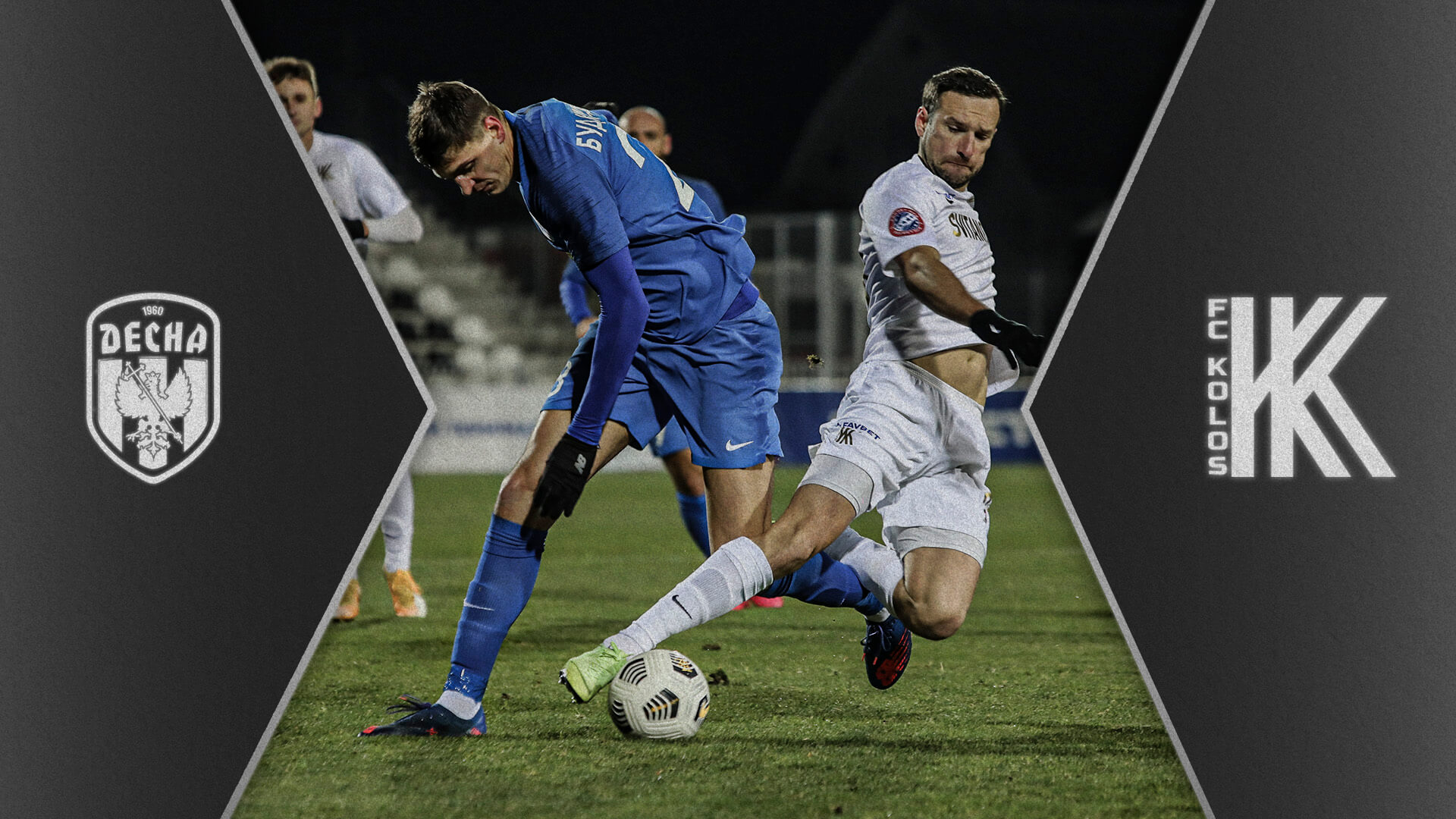 Dear fans!  Text broadcast of the match of the 15th round of the VBET League "Desna" (Chernihiv) - "Kolos" (Kovalivka)

18:30 - "Kolos" arrived at the Haharin Stadium in Chernihiv, where at 19:30 the starting whistle of the match will sound. 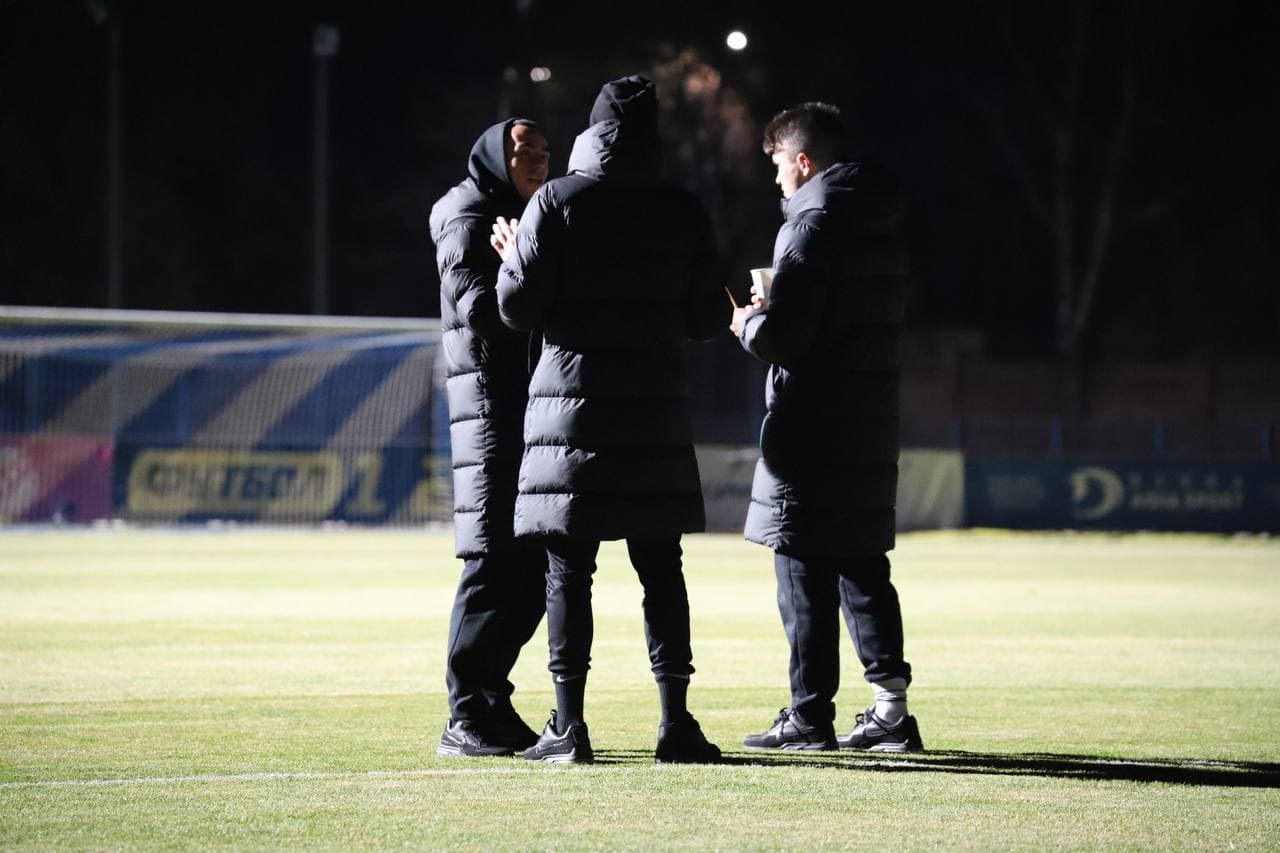 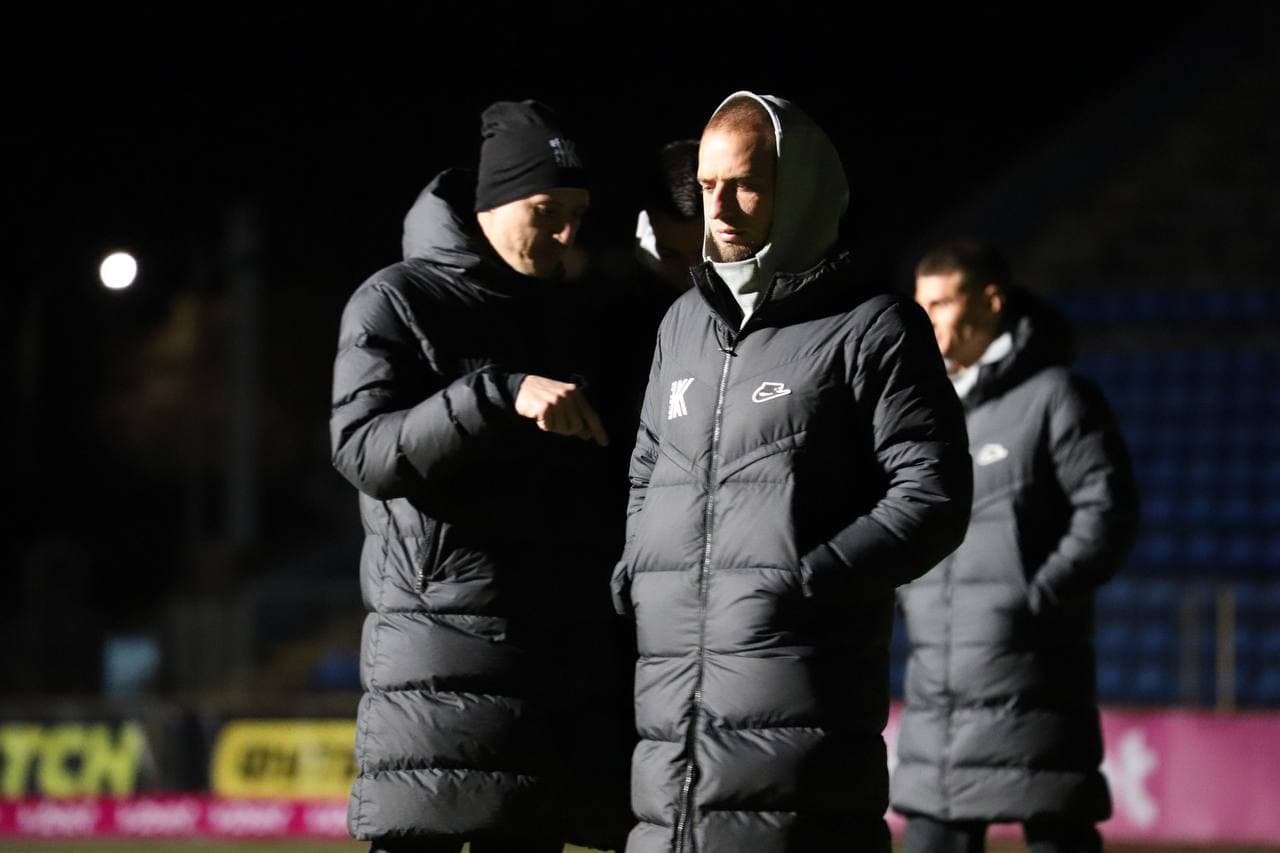 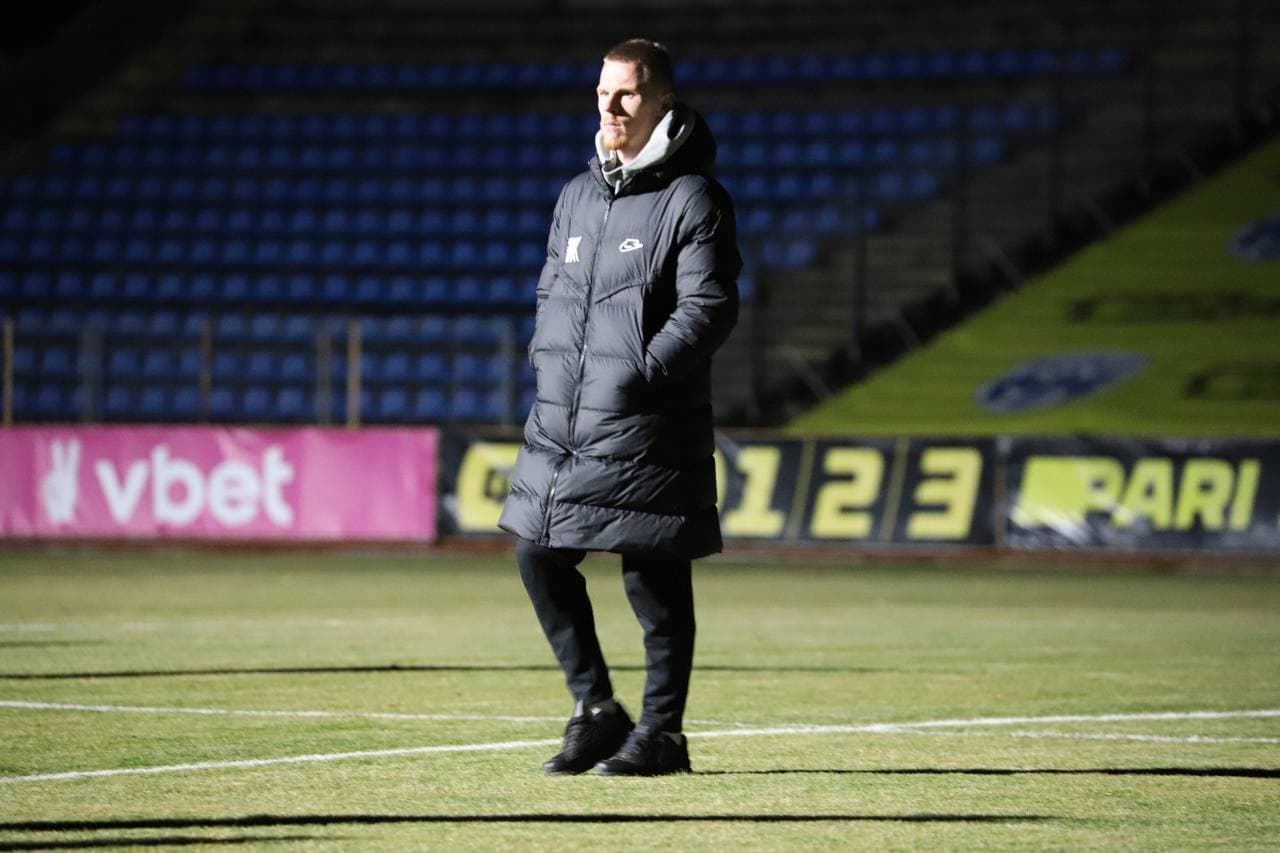 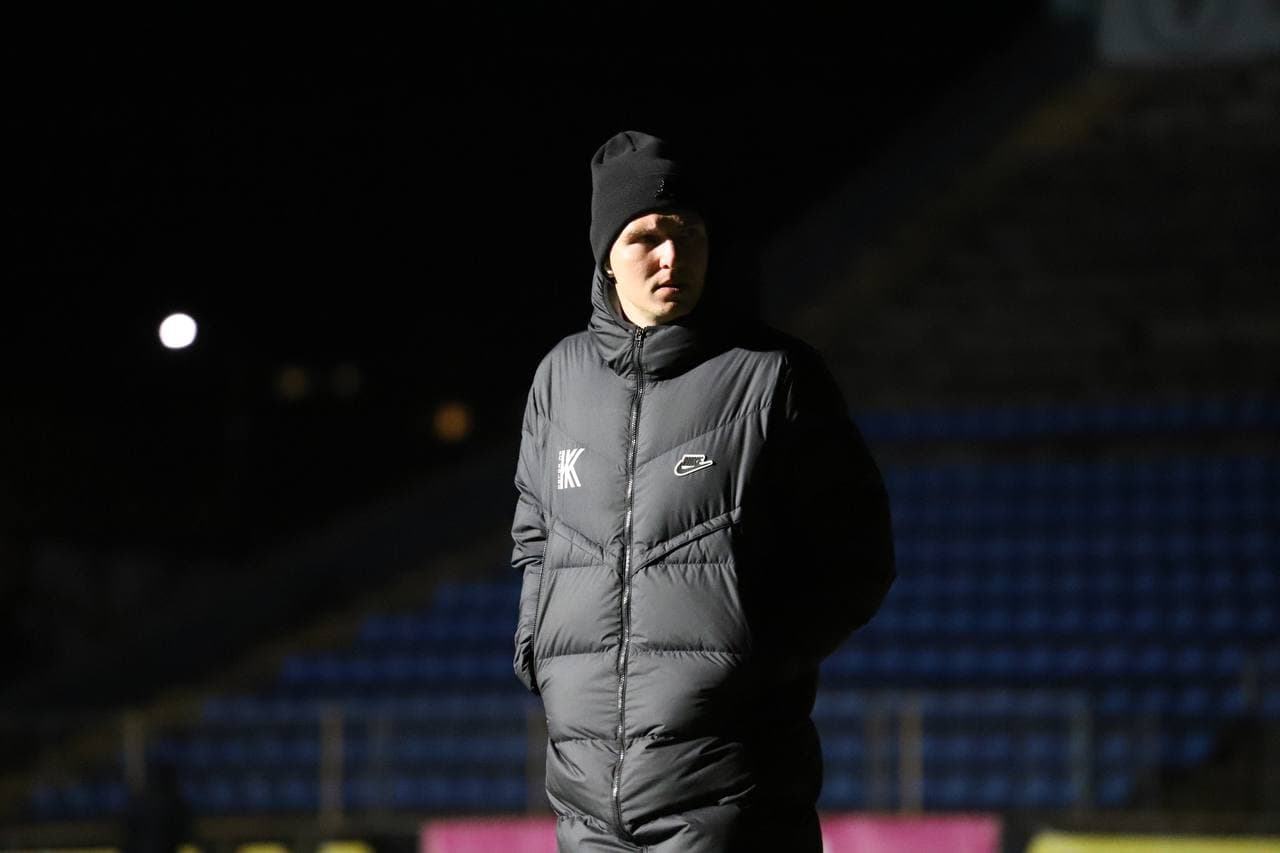 Team lineups for this match:

The main arbiter is Maksym Kozyryatsky

19:20 - Kolos players finished the pre-match warm-up and went to the locker room to prepare directly for the game 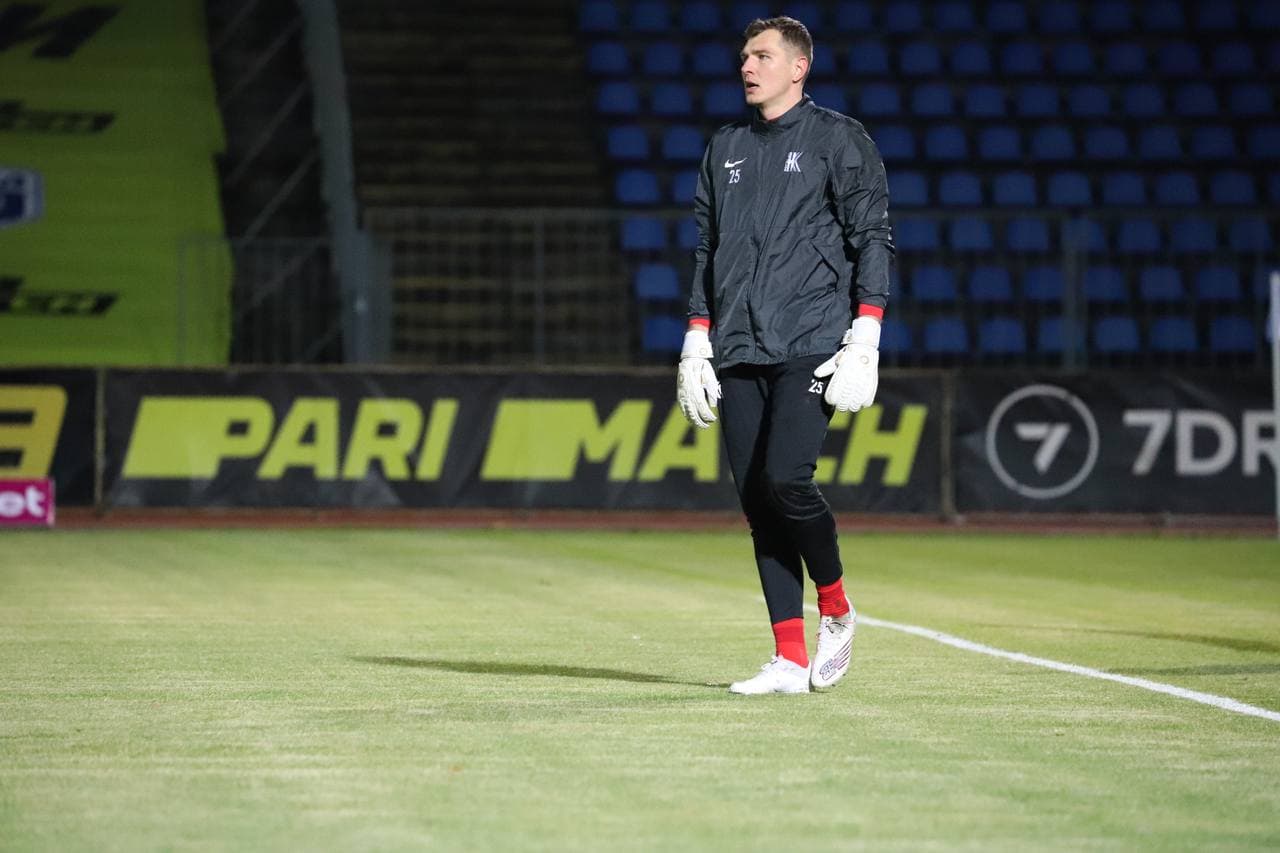 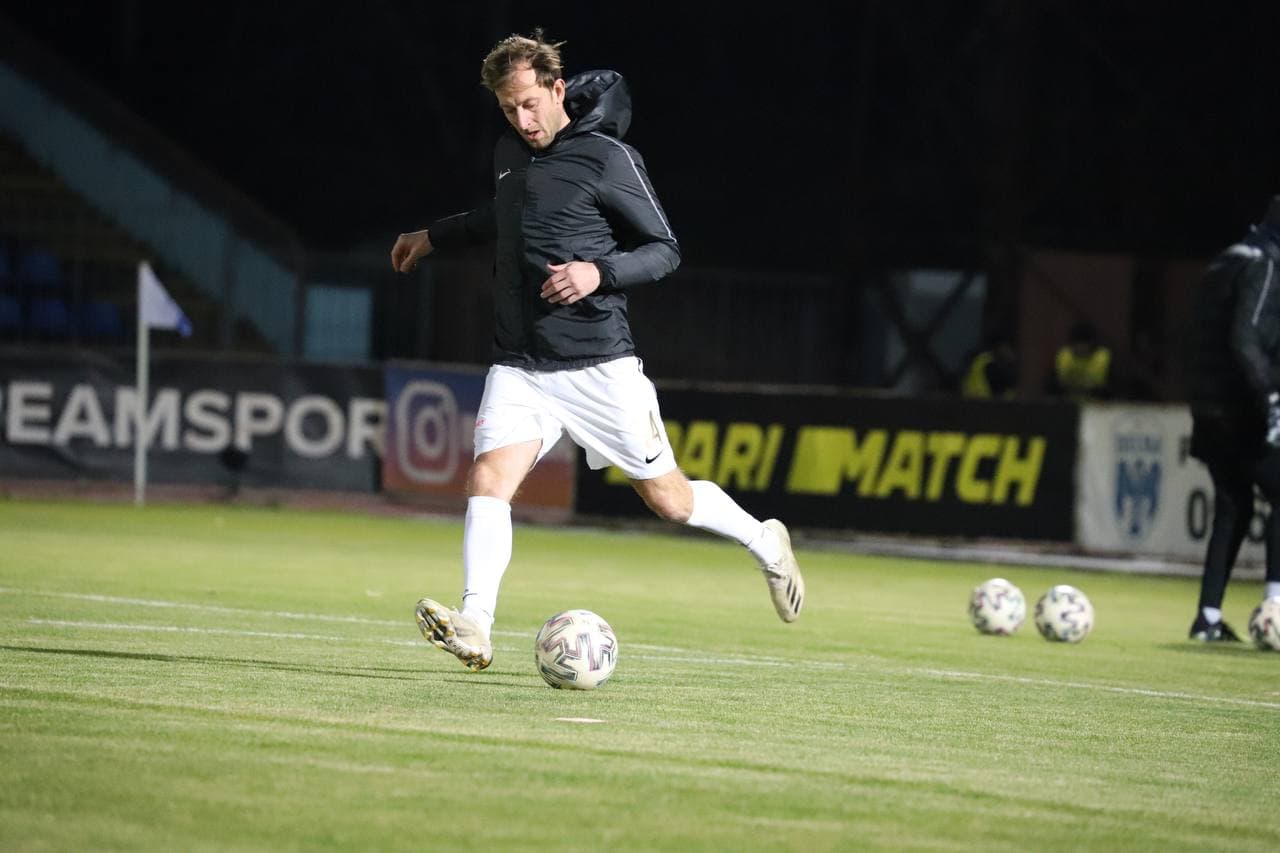 19:30 - the starting whistle of the match sounded 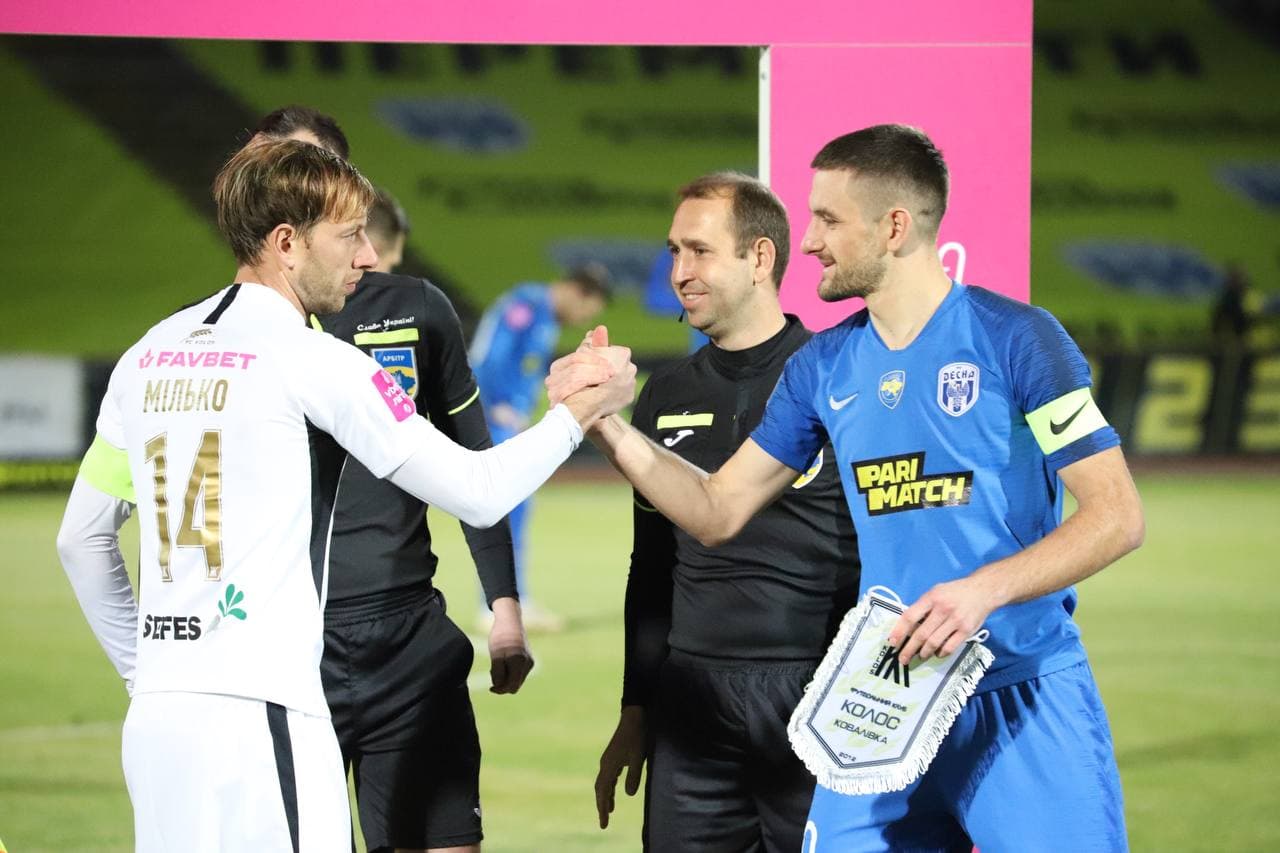 3 minutes - the hosts took control of the ball from the first minutes.  "Kolos" retreated into positional defense.

7 minutes - the first sharpening at the gate of Volynets, but the shot of the player "Desna" was past the gate. 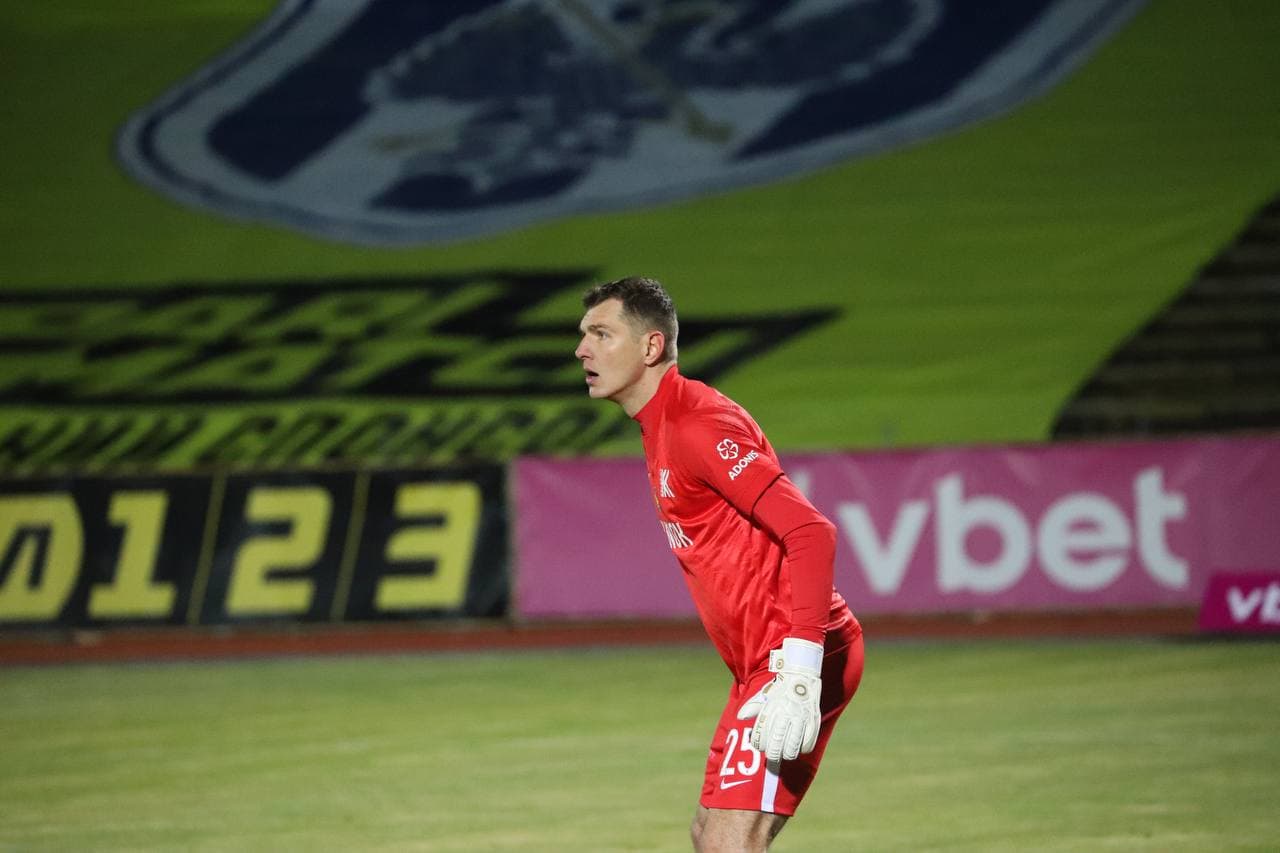 11 min - "Desna" carries out another attack, but Bolbat's high cross from the right flank was very inaccurate.

12 minutes - Tsymbalyuk scored a great header after a corner kick, but Volynets pulled the ball out from under the fence.  It was the first goal moment in this match.  Unfortunately, it was created by the owners.

14 min - Arveladze made a solo pass on the left flank, entered the penalty area and scored above the goal.  "Kolos" has not bothered the opponent's goalkeeper yet.

17 min - Yevhen Zadoia receives a yellow card for swinging in the fight with an opponent in the center of the field. 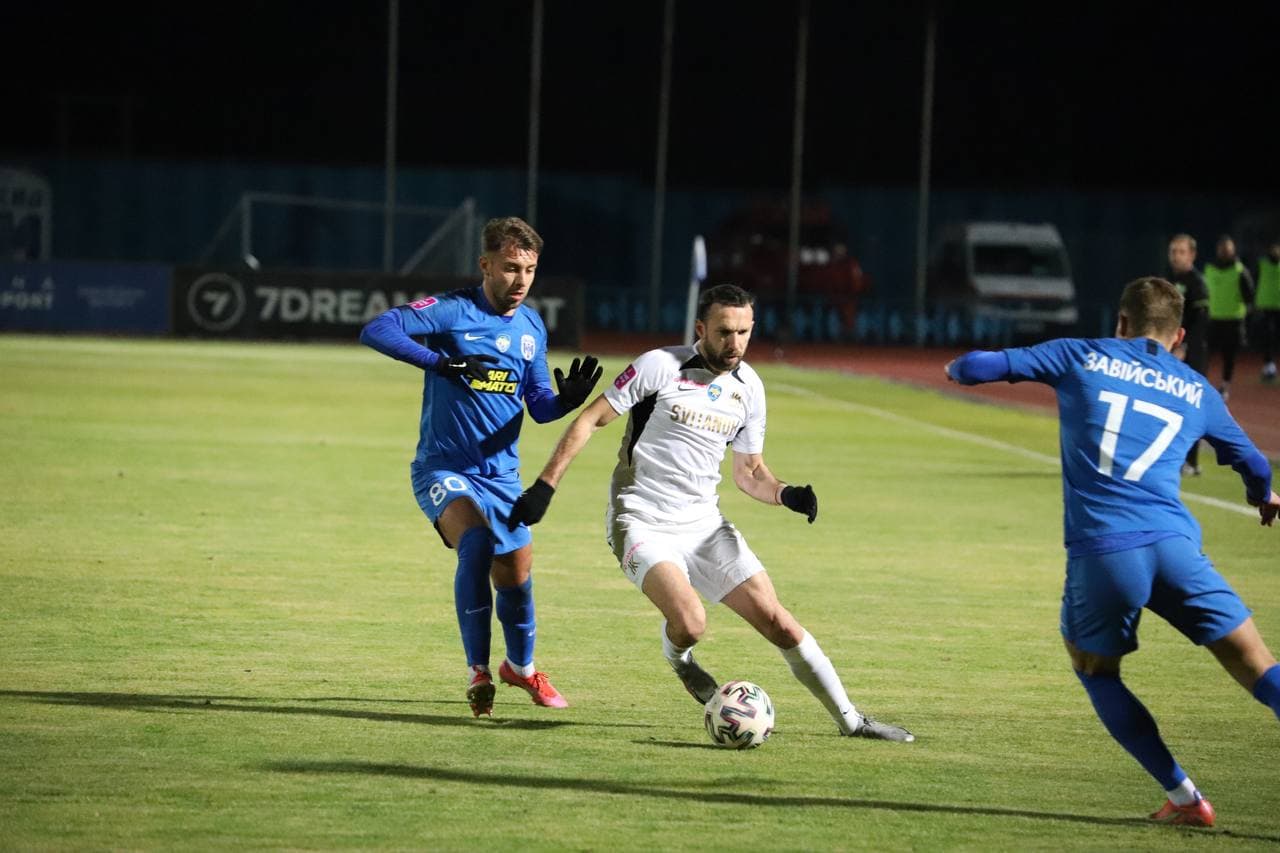 24 minutes - Andrii Bohdanov will receive a yellow card for swinging in the fight with the opponent in the center of the field.

27 min - Churko made a good pass to the penalty area, but the first on the ball was the goalkeeper of "Desna".

29 min - Totovytskyi centred the ball from the penalty area into the wall, and on finishing the ball after his shot went near the post.  Volynets controlled the situation.

31min - Churko launched a breakthrough for Renan, but Litovka left the goal in time and was the first on the ball near the penalty area.

42min - "Kolos" earned the first corner on the right flank.  Bohdanov executed a high cross - a foul in the attack was recorded by the referee.

45 min - Bezborodko receives a yellow card in the fight against Volynets for a rough game in the goal area.

46min - The second half has begun.  There are no replacements in the teams.

47 minutes - Ilyin didn't have time to reach the high cross from the left flank - it was dangerous at the "Desna" goal.

48 min - Volynets made a supersave after a dangerous shot by Yurchenko, Bezborodko was the first to finish, but his goal was not counted due to the situation outside the game.

53 min - Yevhen Selin ("Desna") receives a RED card for a foul against Ilyin, who should have gone alone with Lytovka..

54min - Renan punches very high from the penalty spot from a very cool point, when the goal line of the penalty area was less than a meter.

56 min - Double substitution in the "Kolos".  Novak and Renan left the field and were replaced by Pavlovets and Sitchinava.

62 min - Cool cross from the left flank on Ilyin, but this time Oleh did not get to the ball and hit the opponent's goal.

67 minutes - GOOOOOOOAL!  Nika Sitchinava scores the first goal of the game and her first goal for "Kolos" in official matches. 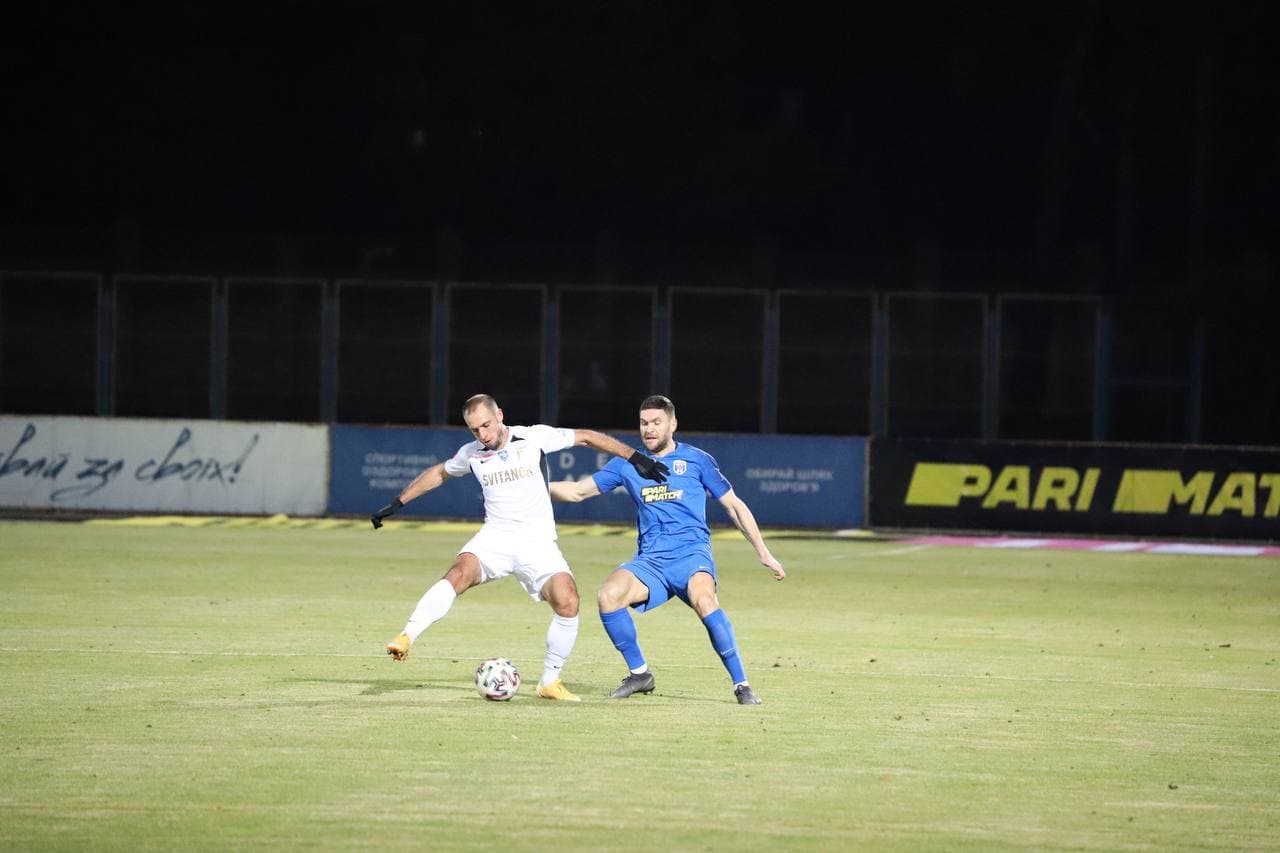 68 min - Replacement in "Kolos".  Denys Kostshyn came on the field instead of Yevhen Zadoia.

76 min - Totovytsky made a great pass to the left flank, but made a mistake in the decisive blow.  It was a real chance for "Desna" to equalize, but the ball flew past the far post. 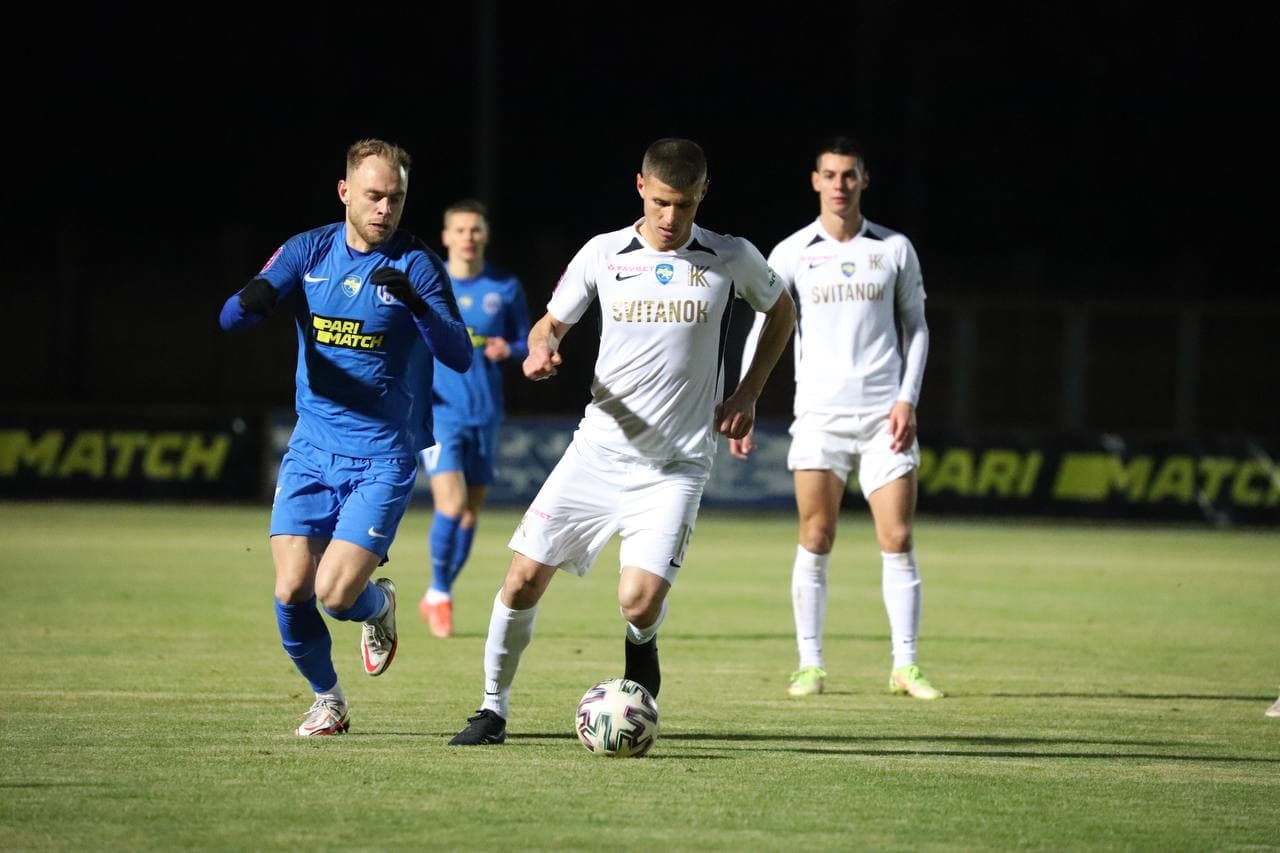 79 min - Double substitution in "Desna".  Arveladze and Yurchenko left the field.  Masalov and Dehtiarov replaced them.

81 min - Diego Silva comes on the field instead of Churko as part of "Kolos".

84 min - Another save by Yevhen Volynets, who is definitely the best player of this match in both teams.  He again did not allow the opponent to score a goal.

90 minutes - "Desna" earned the right to a dangerous free kick, fortunately, Totovitsky's shot was above the goal.

The referee compensated for 3 minutes.

90 + 2 - Diego received a direct RED card for a foul against an opponent, disrupting a dangerous second wave of attack "Desna".

The final whistle is heard - "Kolos" wins!  Congratulations to the fans!  Thanks for support!